Let’s start with a disclaimer – if you want to make a video game the best it can be, you’re going to need to learn how to code. But you can build games without coding. So, if the prospect of grinding C++ in order to make the next Minecraft doesn’t quite appeal to you here are 5 accessible tools to help you get into game development without writing a single line of code. GameMaker is one of the premier engines that offers users the chance to make complete mobile games just with using a drag-and-drop interface. Specifically designed so that novice computer programmers would be able to make computer games without much programming knowledge, it’s an excellent choice for anyone looking to make cross-platform game app without reams of code.

In addition, GameMaker boasts its own language for when you want to add extra custom features and refine your game experience. 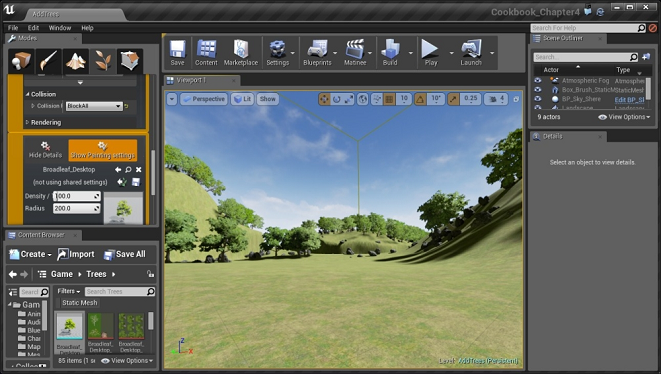 Unreal Engine is a AAA engine, used to make some of the biggest names out there. If you’re just getting into games development and are unsure about coding, you might be surprised to see it on this list.

What UE4 offers to beginners and non-coders, though, is the power of its Blueprints visual scripting. With Blueprints, you can create (reasonably) complex games all without typing a single line of C++. Based on the concept of using a node-based interface, Blueprints allows non-programmers access to gameplay elements including camera control, player input, items and triggers, and more.

Unity – the definitive game engine and a good place to begin Unity is the tool of pro-game developers; in our 2015 Skill Up Survey, it was revealed as the tech that was most important for earning the top salaries in the industry.

Unity has no built-in visual scripting like Unreal – but what it does have is a massive community, and a huge supply of code snippets and assets available for almost every requirement. You can do a lot in its editor just by dragging scripts onto in-game objects. Whilst (like Unreal) you’ll want to pick up some coding skills when you start to make your games more complex, you can get quite a way standing on the shoulders of your fellow developers.

If that’s not working for you, though, why not check out PlayMaker? This visual scripting plugin for Unity offers a whole new arrange of options for when you want something a little more custom. Much like GameMaker, GameSalad is an intuitive drag-and-drop interface game creator. What makes GameSalad stand out from the crowd though is its amazing behavior library. This library lets developers implement really complex behaviors, of a kind that would be challenging or even impossible for someone to muddle through without a knowledge of coding.

There a thousands of successful games on Google Play and the App Store built with GameSalad – why not add yours to their number?

Okay, so I lied a bit in the title of this blog – currently, there’s nothing to suggest that Amazon’s new game engine will be particularly friendly to non-coders. So what is Lumberyard? Why is it on here?

Lumberyard is Amazon’s new game engine, derived from CryENGINE. It’s built to get people deploying their games to Amazon Web Services (AWS) but is otherwise free to use. What’s interesting about Lumberyard is its visual scripting tool supposedly made for designers and engineers with little to no backend experience to add cloud-connected features to a game. These features can include a “community news feed, daily gifts, or server-side combat resolution” – added within minutes through drag-and-drop visual scripting. Lumberyard is still super new, so we’ll have to wait and see if it delivers on its promises – but we may well find ourselves with a serious contender to the likes of Unity and Unreal.

Check out other related posts: