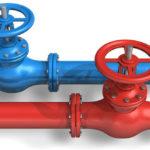 Fresh off raising $4.3 million in funding, Opsera today launched a namesake platform that enables IT teams to orchestrate both the tools employed by developers as well as the pipelines that make up a DevOps process. Company co-founder Chandra Ranganathan said the Opsera platform automates setup of DevOps pipelines using a declarative approach that doesn’t […]