In this article, we will talk about the Android Model particularly the Linux Kernel layer, over which Android is built. We will also talk about Android’s security features and offerings and how Linux plays a role to secure Android OS.

This article is taken from the book Practical Mobile Forensics – Third Edition by Rohit Tamma et al. In this book, you will investigate, analyze, and report iOS, Android, and Windows devices.

Android is open source and the code is released under the Apache license. Practically, this means anyone (especially device manufacturers) can access it, freely modify it, and use the software according to the requirements of any device. This is one of the primary reasons for its wide acceptance. Notable players that use Android include Samsung, HTC, Sony, and LG.

As with any other platform, Android consists of a stack of layers running one above the other. To understand the Android ecosystem, it’s essential to have a basic understanding of what these layers are and what they do. The following figure summarizes the various layers involved in the Android software stack: 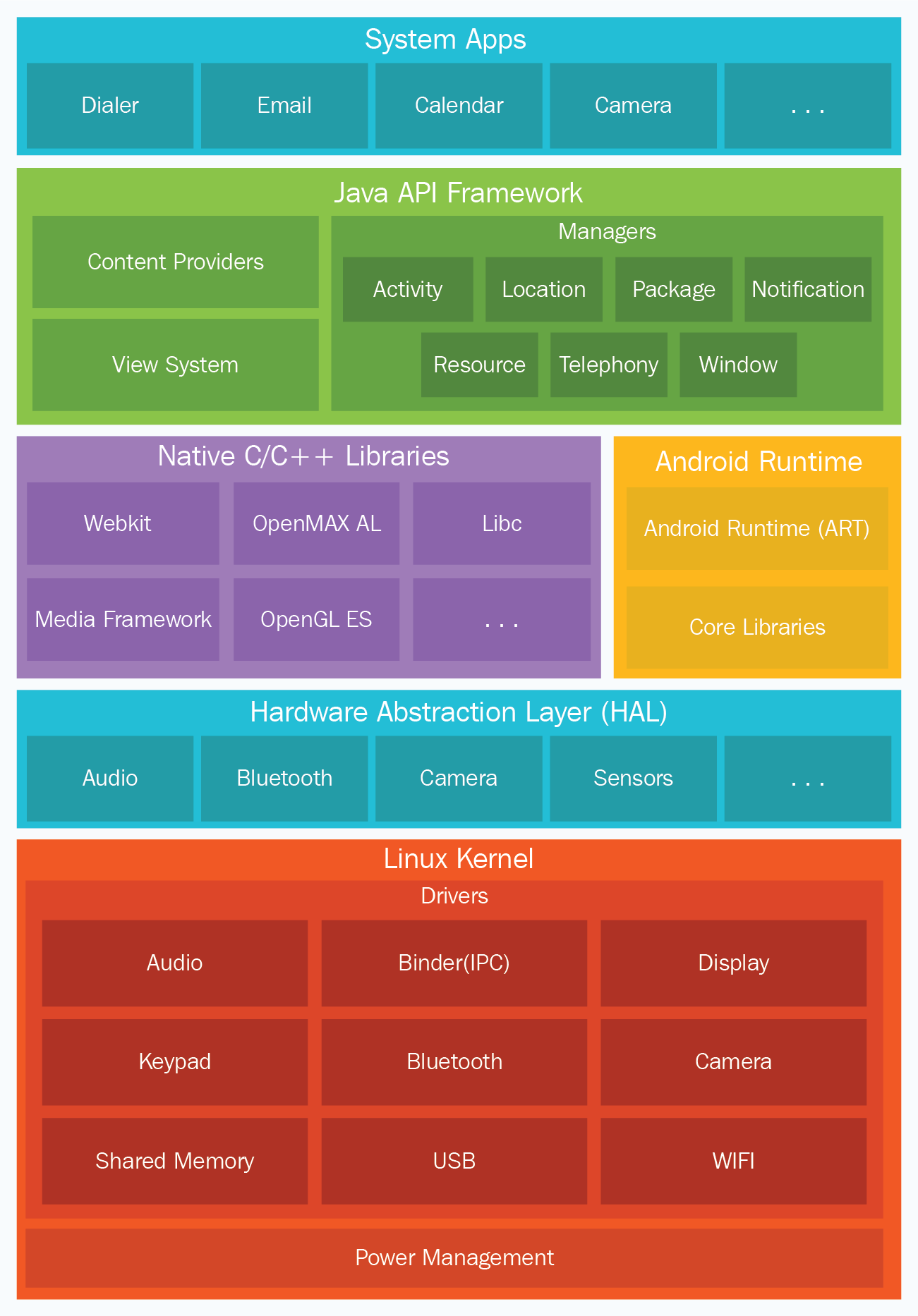 Each of these layers performs several operations that support specific operating system functions. Each layer provides services to the layers lying on top of it.

Android OS is built on top of the Linux kernel, with some architectural changes made by Google. There are several reasons for choosing the Linux kernel. Most importantly, Linux is a portable platform that can be compiled easily on different hardware. The kernel acts as an abstraction layer between the software and hardware present on the device.

Consider the case of a camera click. What happens when you take a photo using the camera button on your device? At some point, the hardware instruction (pressing a button) has to be converted to a software instruction (to take a picture and store it in the gallery). The kernel contains drivers to facilitate this process.

When the user presses on the button, the instruction goes to the corresponding camera driver in the kernel, which sends the necessary commands to the camera hardware, similar to what occurs when a key is pressed on a keyboard. In simple words, the drivers in the kernel command control the underlying hardware.

The Linux kernel is responsible for managing the core functionality of Android, such as process management, memory management, security, and networking. Linux is a proven platform when it comes to security and process management. Android has taken leverage of the existing Linux open source OS to build a solid foundation for its ecosystem. Each version of Android has a different version of the underlying Linux kernel. The Marshmallow Android version is known to use Linux kernel 3.18.10, whereas the Nougat version is known to use Linux kernel 4.4.1.

Android was designed with a specific focus on security. Android as a platform offers and enforces certain features that safeguard the user data present on the mobile through multi-layered security. There are certain safe defaults that will protect the user, and certain offerings that can be leveraged by the development community to build secure applications. The following are issues that are to be kept in mind while incorporating Android security controls:

The next few sections will help us understand more about Android’s security features and offerings.

Linux has evolved as a trusted platform over the years, and Android has leveraged this fact using it as its kernel. The user-based permission model of Linux has, in fact, worked well for Android. As mentioned earlier, there is a lot of specific code built into the Linux kernel. With each Android version release, the kernel version has also changed. The following table shows Android versions and their corresponding kernel versions:

As shown in the following screenshot, any Android application must be granted permissions to access sensitive functionality, such as the internet, dialer, and so on, by the user. This provides an opportunity for the user to know in advance which functions on the device is being accessed by the application. Simply put, it requires the user’s permission to perform any kind of malicious activity (stealing data, compromising the system, and so on).

This model helps the user to prevent attacks, but if the user is unaware and gives away a lot of permissions, it leaves them in trouble (remember, when it comes to installing malware on any device, the weakest link is always the user). 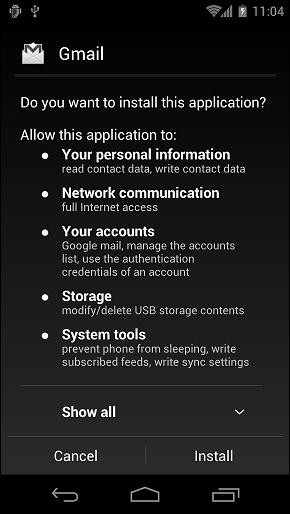 Security-Enhanced Linux (SELinux) is a security feature that was introduced in Android 4.3 and fully enforced in Android 5.0. Until this addition, Android security was based on Discretionary Access Control (DAC), which means applications can ask for permissions, and users can grant or deny those permissions. Thus, malware can create havoc on phones by gaining those permissions. But, SE Android uses Mandatory Access Control (MAC), which ensures that applications work in isolated environments.

Hence, even if a user installs a malware app, the malware cannot access the OS and corrupt the device. SELinux is used to enforce MAC over all the processes, including the ones running with root privileges. SELinux operates on the principle of default denial: anything that is not explicitly allowed is denied. SELinux can operate in one of the two global modes: permissive mode, in which permission denials are logged but not enforced, and enforcing mode, in which denials are both logged and enforced.

This key is then encrypted by the lock screen PIN/pattern/password before being securely stored in a trusted location. Once a device is encrypted, all user-created data is automatically encrypted before writing it to disk, and all reads automatically decrypt data before returning it to the calling process. Full disk encryption in Android works only with an Embedded Multimedia Card (eMMC) and similar flash devices that present themselves to the kernel as block devices.

Staring from Android 7.x, Google decided to shift the encryption feature from full-disk encryption to file-based encryption. In file-based encryption, different files are encrypted with different keys. By doing so, those files can be unlocked independently without requiring an entire partition to be decrypted at once. As a result of this, the system can now decrypt and use files needed to boot the system, and open notifications without having to wait until the user unlocks the phone.

Trusted Execution Environment (TEE) is an isolated area (typically a separate microprocessor) intended to guarantee the security of data stored inside it, and also to execute code with integrity. The main processor on mobile devices is considered untrusted and cannot be used to store secret data (such as cryptographic keys). Hence, TEE is used specifically to perform such operations, and the software running on the main processor delegates any operations that require the use of secret data to the TEE processor.

Thus we talked about the Linux Kernel layer, over which Android is built. We also talked about Android’s security features and offerings and how Linux plays a role to secure Android OS.

Google becomes a new platinum member of the Linux Foundation