Google’s long experience and success in, protecting itself against cyberattacks plays to our advantage as customers of the Google Cloud Platform (GCP). From years of warding off security threats, Google is well aware of the security implications of the cloud model. Thus, they provide a well-secured structure for their operational activities, data centers, customer data, organizational structure, hiring process, and user support.

This article is an excerpt taken from the book, “Google Cloud Platform for Architects.“, written by Vitthal Srinivasan, Janani Ravi and Et al. In this book, you will learn about Google Cloud Platform (GCP) and how to manage robust, highly available, and dynamic solutions to drive business objective.

This article gives an insight into the security features in Google Cloud Platform, the tools that GCP provides for users benefit, as well as some best practices and design choices for security.

Security features at Google and on the GCP

Let’s start by discussing what we get directly by virtue of using the GCP. These are security protections that we would not be able to engineer for ourselves. Let’s go through some of the many layers of security provided by the GCP. 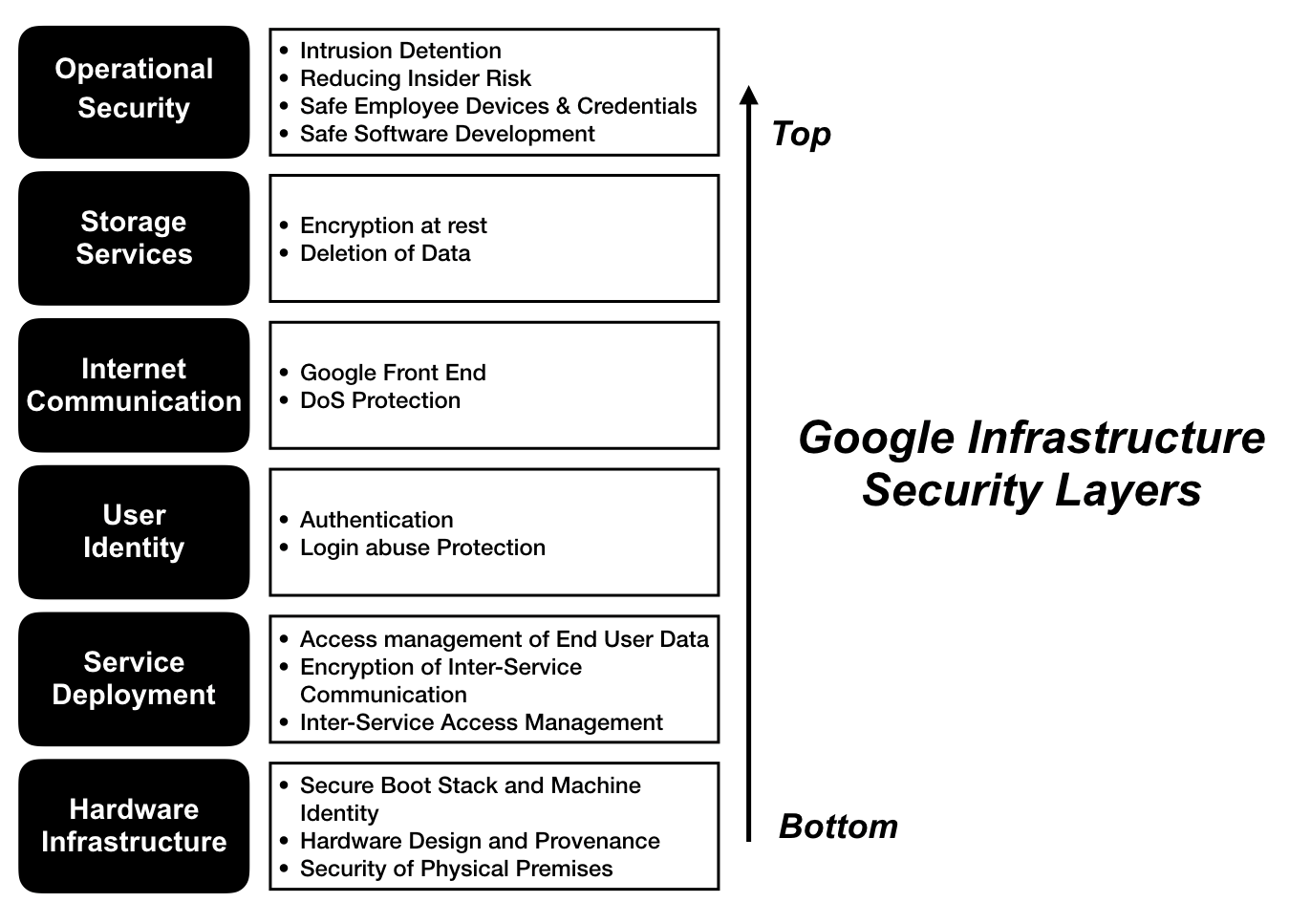 Google-provided tools and options for security

As we’ve just seen, the platform already does a lot for us, but we still could end up leaving ourselves vulnerable to attack if we don’t go about designing our cloud infrastructure carefully. To begin with, let’s understand a few facilities provided by the platform for our benefit.

Here is a list of design choices that you could exercise to cope with security threats such as DDoS attacks:

In this article, you learned that the GCP benefits from Google’s long experience countering cyber-threats and security attacks targeted at other Google services, such as Google search, YouTube, and Gmail. There are several built-in security features that already protect users of the GCP from several threats that might not even be recognized as existing in an on-premise world. In addition to these in-built protections, all GCP users have various tools at their disposal to scan for security threats and to protect their data.