Two decades ago, the IT industry saw tremendous opportunities with the dot-com boom. Similar to the dot-com bubble, the IT industry is transitioning through another period of innovation. The disruption is seen in major lines of business with the introduction of recent technology trends like Cloud services, Internet of Things (IoT), single-page applications, and social media.

In this article, we have covered the role and implications of RESTful web APIs in these emerging technologies.

This article is an excerpt from a book written by Balachandar Bogunuva Mohanram, titled RESTful Java Web Services, Second Edition.

We are in an era where business and IT are married together. For enterprises, thinking of a business model without an IT strategy is becoming out of the equation. Keeping the interest on the core business, often the challenge that lies ahead of the executive team is optimizing the IT budget. Cloud computing has come to the rescue of the executive team in bringing savings to the IT spending incurred for running a business.

Cloud computing is an IT model for enabling anytime, anywhere, convenient, on-demand network access to a shared pool of configurable computing resources. In simple terms, cloud computing refers to the delivery of hosted services over the internet that can be quickly provisioned and decommissioned with minimal management effort and less intervention from the service provider.

Cloud offerings can be broadly grouped into three major categories, IaaS, PaaS, and SaaS, based on their usage in the technology stack: 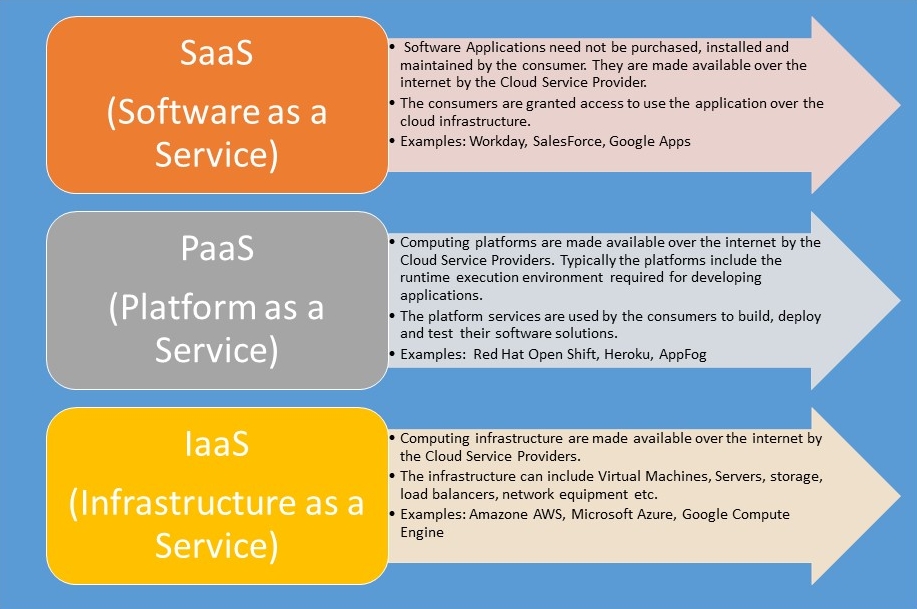 RESTful APIs can be looked on as the glue that connects the cloud service providers and cloud service consumers. For example, application developers requiring to display a weather forecast can consume the Google Weather API. In this section, we will look at the applicability of RESTful APIs for provisioning resources in the cloud.

For an illustration of RESTful APIs, we will be using the Oracle Cloud service platform. Users can set up a free trial account via https://Cloud.oracle.com/home and try out the examples discussed in the following sections.

For example, we will try to set up a test virtual machine instance using the REST APIs. The high-level steps required to be performed are as follows:

Once users have signed up for an Oracle Cloud account, they can locate the REST API endpoint to be used by navigating via the following steps: 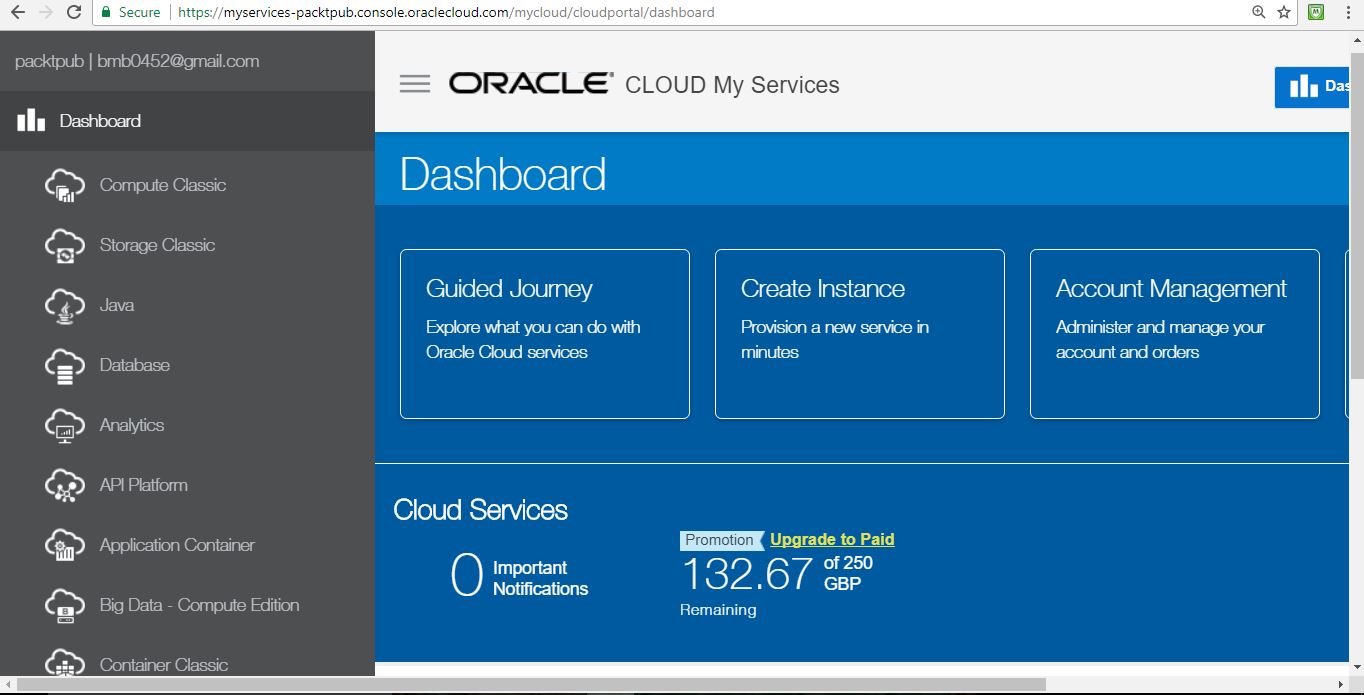 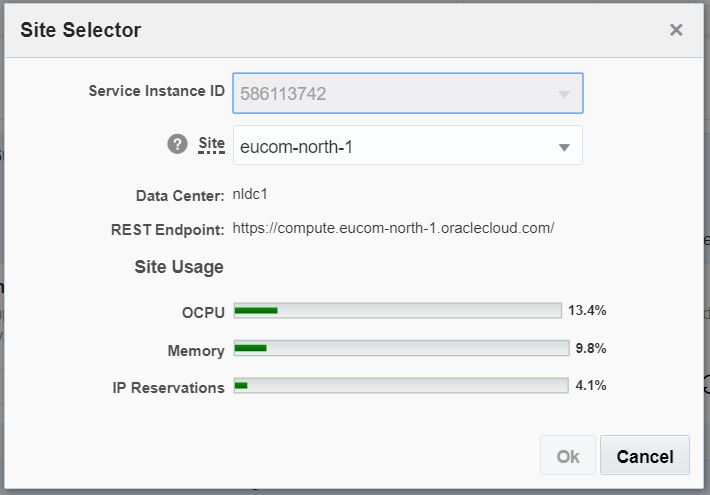 Authentication is required for provisioning the IT resources. For this purpose, we will be required to generate an authentication cookie using the Authenticate User REST API. The details of the API are as follows:

The following screenshot shows the authentication cookie generated by invoking the Authenticate User REST API via the Postman tool:

Consumer are allowed to provision IT resources on the Oracle Compute Cloud infrastructure service, using the LaunchPlans or Orchestration REST API. For this demonstration, we will use the LaunchPlans REST API. The details of the API are as follows:

The following screenshot shows the creation of a test virtual machine instance by invoking the LaunchPlan REST API via the Postman tool: 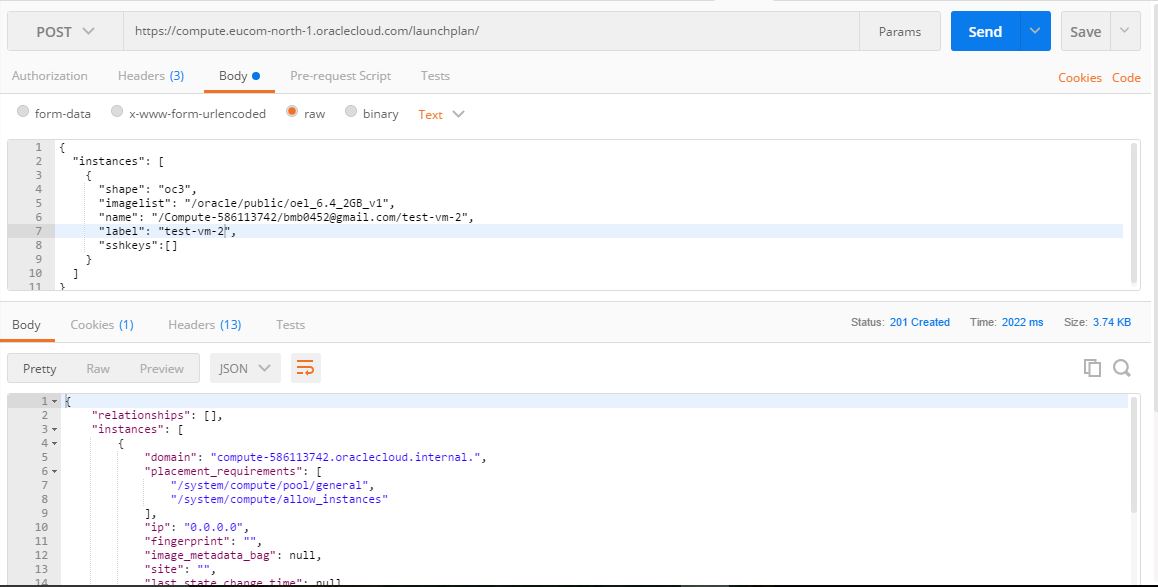 The Internet of Things (IoT), as the name says, can be considered as a technology enabler for things (which includes people as well) to connect or disconnect from the internet. The term IoT was first coined by Kelvin Ashton in 1999. With broadband Wi-Fi becoming widely available, it is becoming a lot easier to connect things to the internet. This a has a lot of potential to enable a smart way of living and already there are many projects being spoken about smart homes, smart cities, and so on.

A simple use case can be predicting the arrival time of a bus so that commuters can get a benefit, if there are any delays and plan accordingly. In many developing countries, the transport system is enabled with smart devices which help commuters predict the arrival or departure time for a bus or train precisely. Gartner analysts firm has predicted that more than 26 billion devices will be connected to the internet by 2020. The following diagram from Wikipedia shows the technology roadmap depicting the applicability of the IoT by 2020 across different areas: 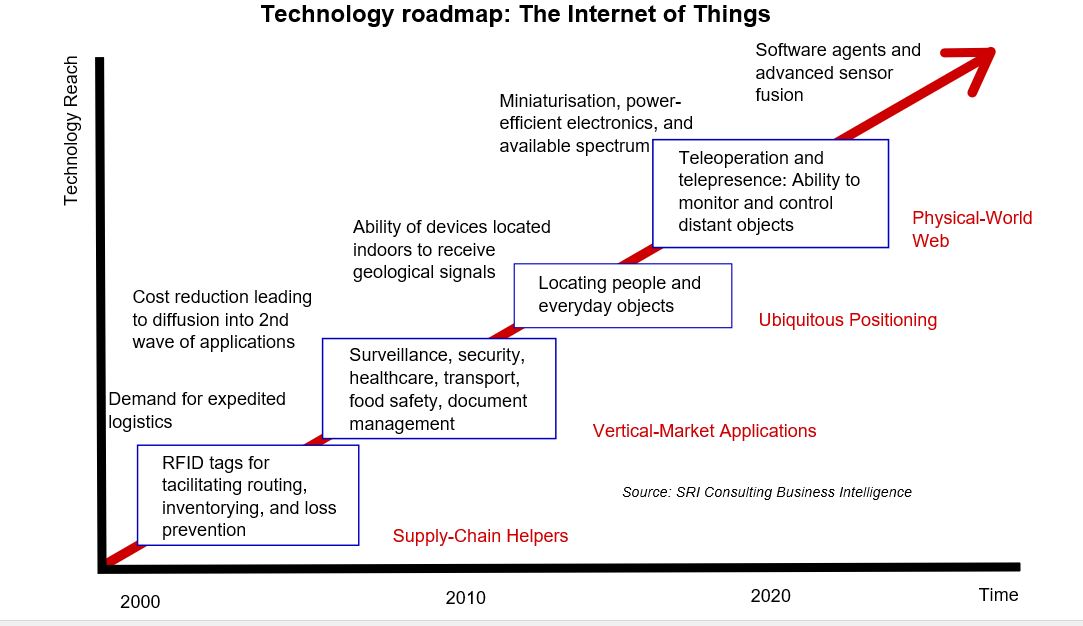 Seamless connectivity to devices to send and receive data.

Management of huge volume of data transmitted between devices.

Integration Collaboration of information between devices.ServiceAPI gateways exposing the APIs.

The IoT platform is seen as the latest evolution of the internet, offering various benefits as shown here:

The IoT is becoming widely used due to lowering cost of technologies such as cheap sensors, cheap hardware,  and low cost of high bandwidth network.

The connected human is the most visible outcome of the IoT revolution. People are connected to the IoT through various means such as Wearables, Hearables, Nearables, and so on, which can be used to improve the lifestyle, health, and wellbeing of human beings:

Also, in the healthcare industry, the IoT-enabled devices can be used to monitor patients’ heart rate or diabetes. Smart pills and nanobots could eventually replace surgery and reduce the risk of complications.

RESTful APIs’ role in the IoT 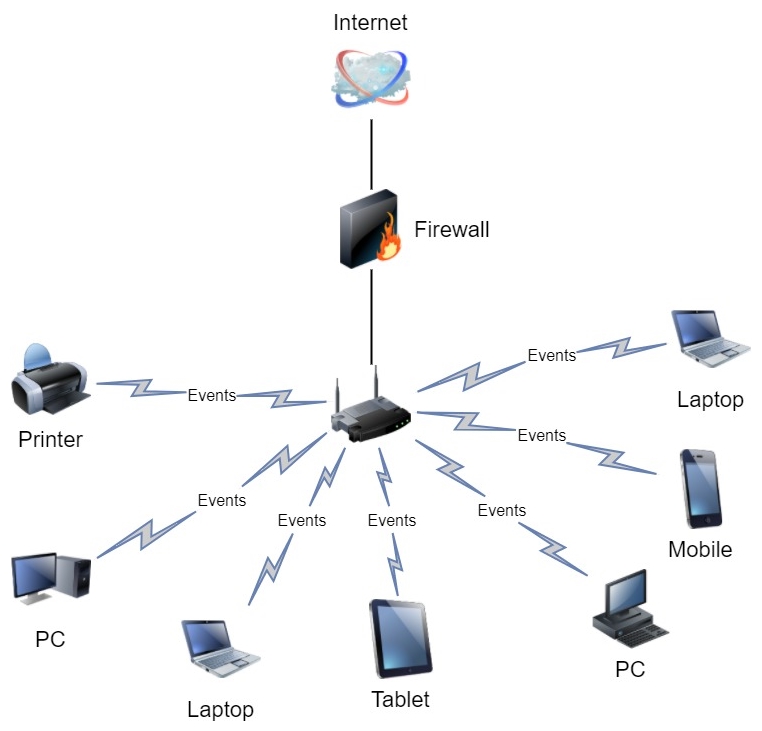 The common capability required for devices connected to the internet is the ability to send and receive event data. This can be easily accomplished with RESTful APIs. The following are some of the IoT APIs available on the market:

Web-based applications have seen a drastic evolution from Web 1.0 to Web 2.0. Web 1.0 sites were designed mostly with static pages; Web 2.0 has added more dynamism to it. Let us take a quick snapshot of the evolution of web technologies over the years.

In a traditional web application, the client requests a URI and the requested page is displayed in the browser. Subsequent to that, when the user submits a form, the submitted form data is sent to the server and the response is displayed by reloading the whole page as follows: 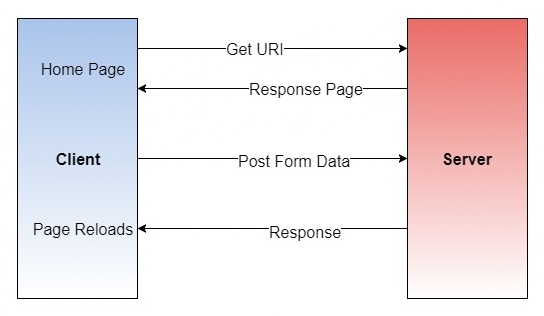 User engagement through social media has seen tremendous growth and many companies use social media channels for campaigns and branding. Let us look at various benefits social media offers:

Customer relationship managementA company can use social media to campaigns their brand and potentially benefit with positive feedback from customer review.Customer retention and expansionCustomer reviews can become a valuable source of information for retention and also help to add new customers.Market researchSocial media conversations can become useful insight for market research and planning.Gain competitive advantageAbility to get a view of competitors’ messages which enables a company to build strategies to handle their peers in the market.Public relationsCorporate news can be conveyed to audience in real time.Cost controlCompared to traditional methods of campaigning, social media offers better advertising at cheaper cost.

Many of the social networks provide RESTful APIs to expose their capabilities. Let us look at some of the RESTful APIs of popular social media services:

Social media servicesRESTFul APIReferenceYouTubeAdd YouTube features to your application, including the ability to upload videos, create and manage playlists, and more.https://developers.google.com/youtube/v3/FacebookThe Graph API is the primary way to get data out of, and put data into, Facebook’s platform. It’s a low-level HTTP-based API that you can use to programmatically query data, post new stories, manage ads, upload photos, and perform a variety of other tasks that an app might implement.https://developers.facebook.com/docs/graph-api/overviewTwitter Twitter provides APIs to search, filter, and create an ads campaign.https://developer.twitter.com/en/docs

To summarize, we discussed modern technology trends and the role of RESTful APIs in each of these areas including its implication on the cloud, virtual machines, user experience for various architecture, and building social media applications.

To know more about designing and working with RESTful web services, do check out Java RESTful Web Services, Second Edition.

How to develop RESTful web services in Spring