This week Microsoft, AWS, Google and Meta released these announcements and updates.

We’ve selected some interesting articles from the world of data for you.

Tutorial of the Week

This section will focus on the practical use case of building an end-to-end pipeline to perform big data analytics.

The MapReduce framework enables you to write distributed applications to process large amounts of data from a filesystem, such as a Hadoop Distributed File System (HDFS), in a reliable and fault-tolerant manner.

An example of using a MapReduce job to count frequencies of words is shown in the following diagram:

MapReduce uses YARN as a resource manager, which is shown in the following diagram: 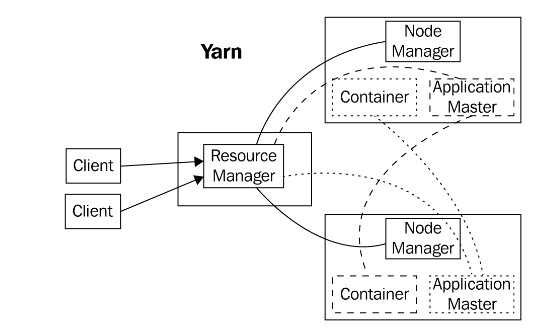 Each map task in Hadoop is broken into the following phases: record reader, mapper, combiner, and partitioner. The output of the map tasks, called the intermediate keys and values, is sent to the reducers. The reduce tasks are broken into the following phases: shuffle, sort, reducer, and output format. The nodes in which the map tasks run are optimally on the nodes in which the data rests. This way, the data typically does not have to move over the network, and can be computed on the local machine.

MapReduce jobs can be written in multiple ways, depending on what the desired outcome is. The fundamental structure of a MapReduce job is as follows:

The purpose of the driver is to orchestrate the jobs. The first few lines of the main are all about parsing command-line arguments. Then, we start setting up the job object by telling it what classes to use for computations and what input paths and output paths to use.
This how-to was curated from the book Big Data Analytics with Hadoop 3. Explore Big data more deeply by clicking the button below!