On Tuesday, the GitHub team announced that they will be making life easy for developers by getting Git right into our editor. The insights on this extension will be announced on Day 2 (17th October, 2019) of the two-day GitHub Universe conference.

GitHub, in collaboration with the Visual Studio Code Team at Microsoft will brief users about this update during their talk Cross Company Collaboration: Extending GitHub to a New IDE.

Sarah Guthals, the Engineering Manager at GitHub in her post mentions, “We’ve been working since 2015 to provide a GitHub experience that meets you where you spend the majority of your time: in your editor.”

What’s in store for developers from different communities?

In 2015, GitHub brought all Visual Studio developers an extension that supports GitHub.com and GitHub Enterprise engagements within the editor. Sarah says, “today you can complete an entire pull request review without ever leaving Visual Studio.”

For the Atom community

Unity game developers can now use Git within Unity for the first time to clone and sync with GitHub.com and lock files. 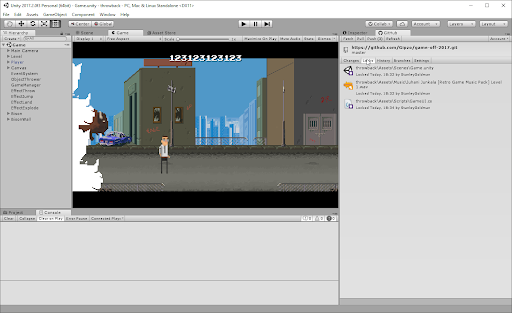 In the talk which will be presented in the coming week, Visual Studio Code team at Microsoft and the editor tools team at GitHub will share their experience on how both these teams began exploring the possibility of an integration between their two products.

This new extension gives developers the ability to:

Github also announced that it has built a machine learning model that can scan text associated with public commits (the commit message and linked issues or pull requests) to filter out those related to possible security upgrades.

With such smaller batch of commits, the model uses the diff to understand how required version ranges have changed. Further, it aggregates across a specific timeframe to get a holistic view of all dependencies that a security release might affect. Finally, the model outputs a list of packages and version ranges it thinks require an alert and currently aren’t covered by any known CVE in their system.

4 myths about Git and GitHub you should know about

7 tips for using Git and GitHub the right way